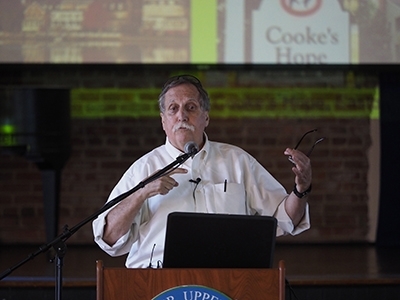 An engaged crowd of approximately 60 Centreville residents showed up to the Wye River Upper School on Tuesday evening (6/14) to listen to Ed McMahon of the Urban Land Institute, who spoke for more than an hour about current, succesful town development strategies around the country. Mr. McMahon fielded quesitons following his presentation and spoke directly as to the current potential/importance of Chesterfield (Carter Farm) in creating a vibrant, future Centreville. The entire session was filmed by Queen Anne’s Public Television and will be played during the weeks to follow.

If you missed Tuesday’s community meeting or the first Friday charrette on June 3rd, not to worry – ESLC is hosting two more opportunitites to come out to the Chesterfield property, walk the land, and have your input heard. Snacks, lemonade, and cornhole will be available to help ease you into the weekend:) 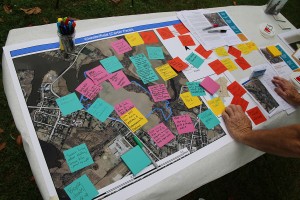