By Owen Bailey, Director of Land Use and Policy 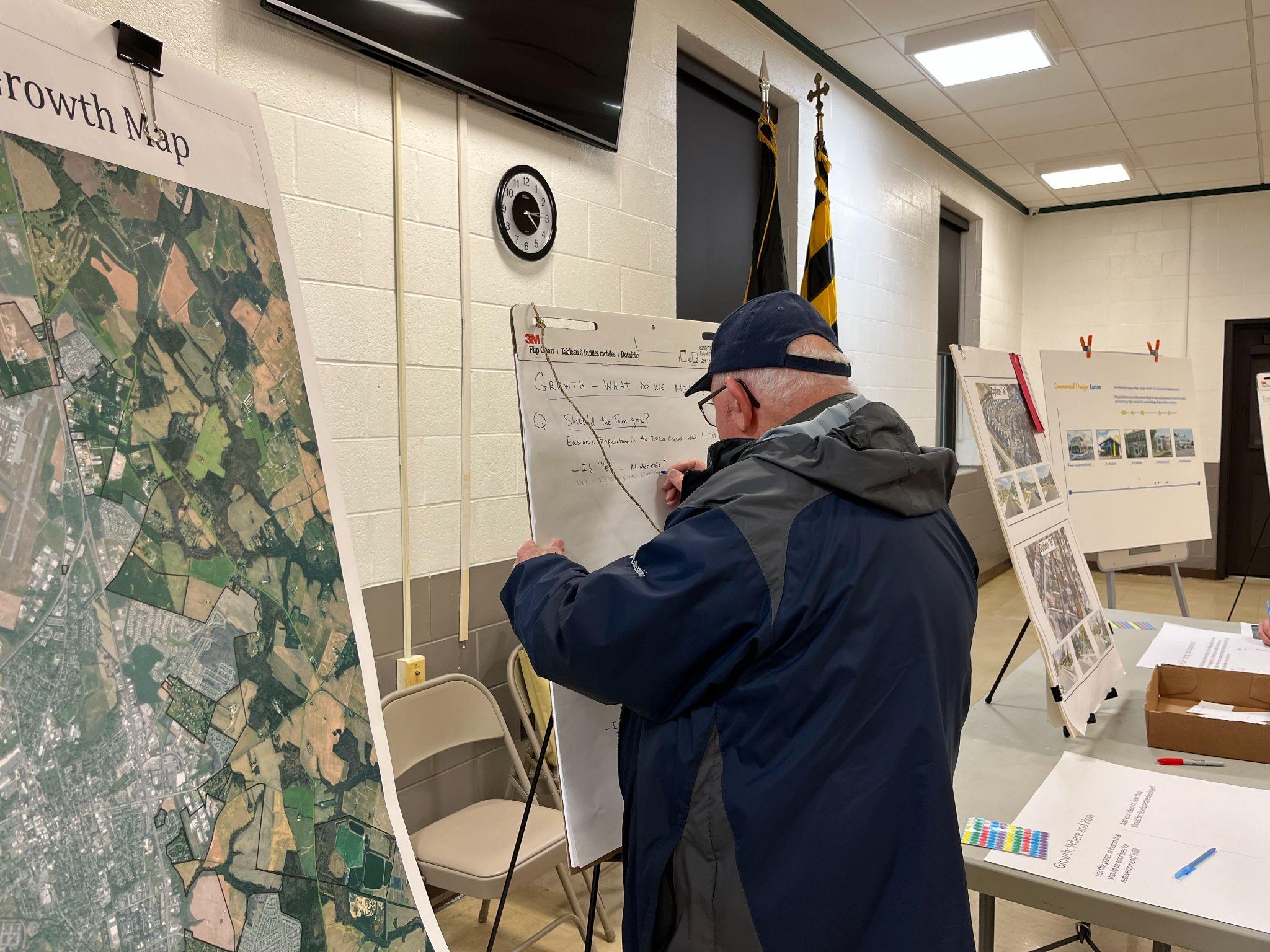 As Eastern Shore Land Conservancy continues to highlight the importance of comprehensive plans, we want to shine light on the engaging and creative workshop that the town of Easton hosted on October 4th at the Easton Volunteer Fire Department.

The drop-in event, titled 30 Minutes for 30 Years, ran from 4pm -7pm with the intention of collecting public perspective and feedback regarding the future of the town. The workshop was composed of six stations, with each one focused on a different aspect of the comprehensive plan: climate resilience, growth, housing, town appearance, traffic, and transportation. 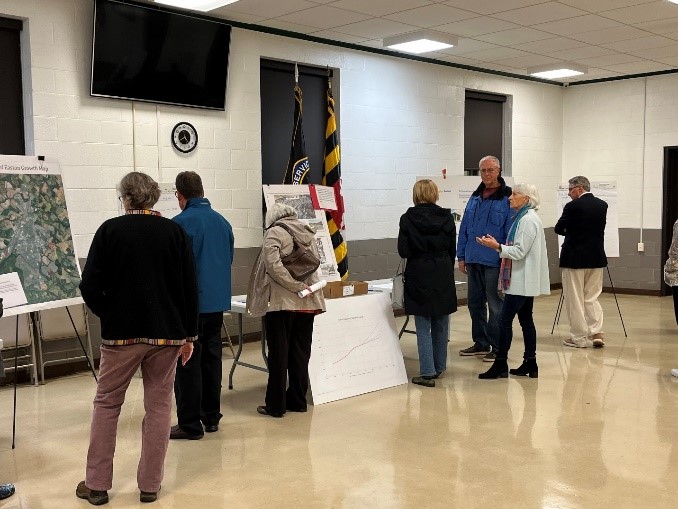 Each station had a different member of the Planning Commission and staff from the town Planning Department to engage with attendants, answer questions, and explain the intent of each station. Attendants could voice their opinions and, in most cases, vote via sticker on various topics, such as housing design, street and traffic safety, use of public spaces, concentration of growth, fighting climate change, and trail network extensions.

The drop-in event was quite engaging and – in some ways – fun! For those invested in the town, this was a thoughtful means of drawing out different perspectives from those who interact with the town – be it as a resident or as someone who works in town. The idea for the event was drawn from a similar event held back in 1995. 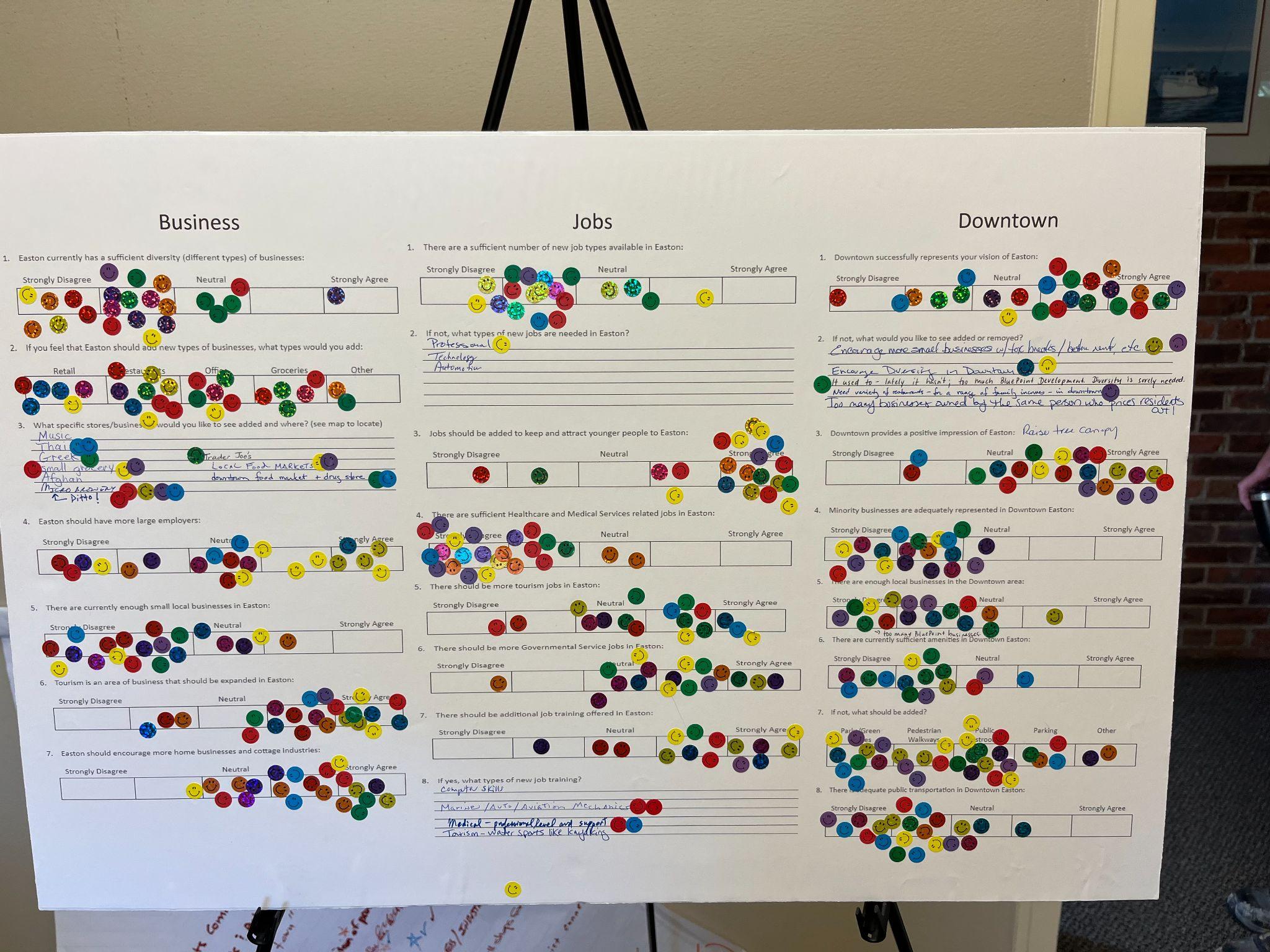 Lynn Thomas, Town Planner, writes, “For this iteration of the Plan, given that it will be 13 years between updates as a result of the change in the frequency that is required in the State Land Use Article, we wanted to make a concerted effort to both reach as many people as possible and to also engage them in meaningful ways. So far with this Update, we have held a ‘Community Stakeholders’ meeting to essentially kick-off the process, met with specific audiences to explain the process and the importance of it, posted three online public opinion surveys, conducted one ‘scientific’ phone survey on the issue of Housing, held four neighborhood meetings corresponding to Easton’s four election wards, and last week’s Drop-in event.”

The state of Maryland changed the frequency required of comprehensive plan updates in order to track with census data released every ten years. The 2020 census data is steadily being released, but has been delayed due to complications with the COVID-19 pandemic.

Next, the town will review the feedback from the drop-in event, identify community groups that have not yet participated, and will be working with community leaders to ensure all groups are effectively engaged.

Previous Post: A Win For Solar and a Win For Farmland