It is with great sadness that I share the news of the passing of ESLC’s founder Russ Brinsfield. The below are a few initial thoughts to give you a better sense of Russ and his legacy. – Rob Etgen, President 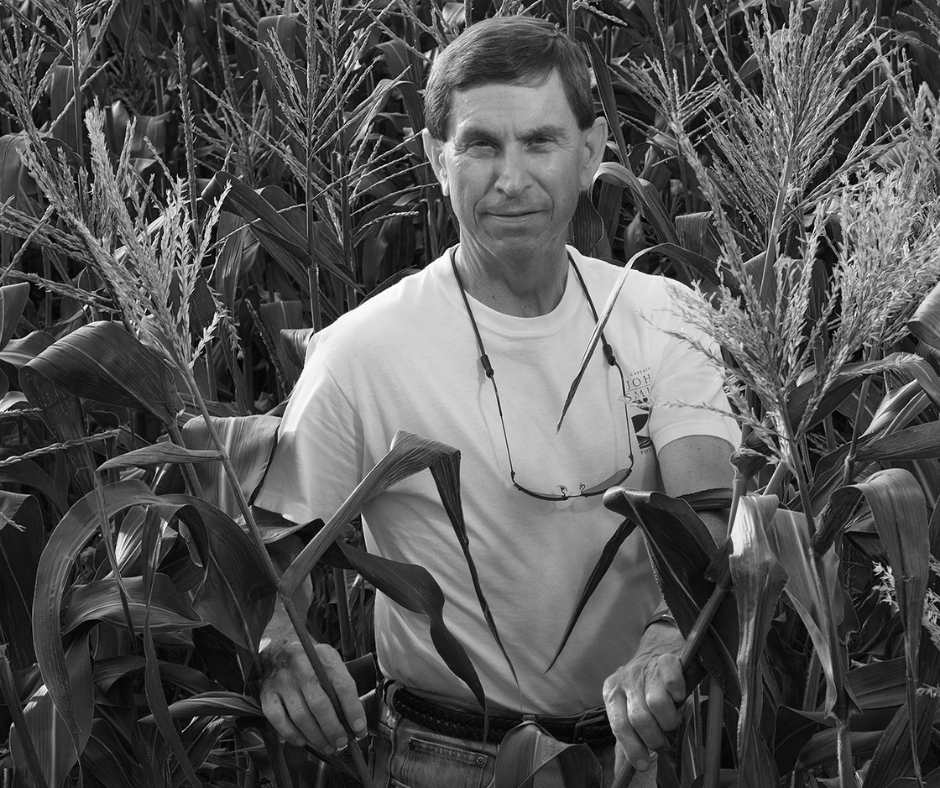 Russ was a farm boy from Dorchester County who received his Bachelors, Masters, and Ph.D. from the University of Maryland College of Agriculture, and then came home and lived in his natal community in a modest “Nanticoke” home in Vienna for the rest of his life.

Russ’ life work was research and education on minimizing impacts of agriculture on the Chesapeake Bay. In addition to his role in agricultural research and dozens of legislative and related efforts, Russ also became the Mayor of his small hometown of Vienna on the Nanticoke where he served his community until recently. Russ’ pride and joy were his daughter Amanda Fenstermaker and her growing family who now live at the family farm with their chickens, and she carries on Russ’s work as Director of the Dorchester County Tourism office.

For Eastern Shore Land Conservancy, Russ was a lion and without his efforts, we would not be here today. Russ and his co-founder Peter Brown, then Chair of University of Maryland’s School of Public Policy, debated land use issues and solutions like two good thinkers might. But together they took the next step and cajoled leaders from the region to band together, raised significant start-up funds, and started an organization with a solid foundation built on a vision for the future, shared responsibilities, and ethics that passed the white glove test every step of the way. In addition to start-up roles and providing free office space for years, Russ was ESLC’s founding President and he served many terms in that role until he was elevated to ESLC’s Harry R Hughes Advisory Committee where he remained until his death.

For me, then a hotheaded twenty-something from the western shore, Russ believed in me and that made all of the difference. He made room for me in an already cramped and competitive Wye Research Center field office, he secured outreach opportunities for me alongside his Cooperative Extension agents, and he used his personal credibility to get me audiences with leaders of a skeptical farmer crowd – including at the liar’s bench at the old market in Wye Mills and many other similarly imposing venues. Russ spent countless hours riding with me to evening Farm Bureau meetings, Annapolis legislative events, and even a few major donor visits.

Perhaps Russ’ biggest imprint on ESLC was his respect for diverse voices and the power of collective decision making and effort. Our shared and often cited belief was that ESLC could do anything it could imagine – provided the decision was made after thorough internal debate and with a strong consensus for action. This culture led to courageous steps like taking on our first capital campaign as a five-year-old organization, leveraging those funds to start buying out sprawl developments in the late ‘90’s, successfully launching a Center for Towns soon thereafter, successfully thwarting, with local partners, a $1.4 billion transmission line across the heart of Dorchester County, and now taking on the Delmarva Oasis – an effort to protect half of Delmarva by 2030.

Rest in peace my good friend. And rest knowing that the many seeds you planted and nurtured have born incredible fruit for the communities and environment of the Eastern Shore.