ESLC has released a new study to assist local governments plan for the impacts of sea level rise. Titled “Mainstreaming Sea Level Rise Preparedness in Local Planning and Policy on Maryland’s Eastern Shore,” the report is centered on sea level rise projections for the Chesapeake Bay and its tributaries in the years 2050 and 2100.

The report is available to view and download at http://www.eslc.org/resilience. 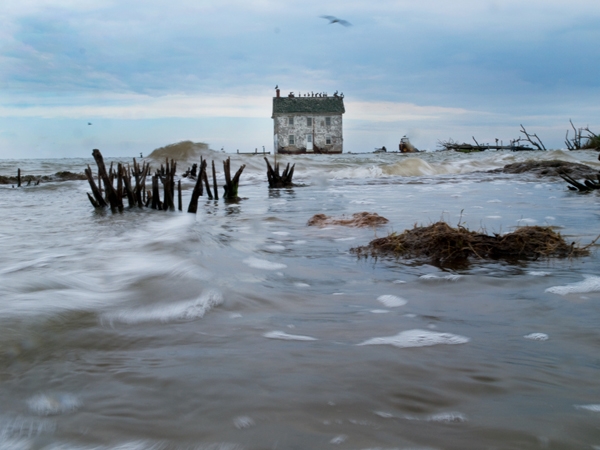 As one of the country’s most vulnerable landscapes to flooding, erosion, and sea level rise, ESLC believes the Eastern Shore can become a national model for coastal resilience in rural communities. A resilient Eastern Shore will be prepared for immediate and long-term coastal hazards and able to survive, adapt, and prosper in the face of uncertainty and vulnerability.

The sea level rise report was written on behalf of the Eastern Shore Climate Adaptation Partnership (ESCAP) – a regional workgroup of local government staff, partners from the State of Maryland, academic institutions, and nonprofits. The ESCAP assists communities in reducing climate vulnerabilities and risks; collects and shares information among communities and decision makers; and educates members, residents, and elected leaders on risks and adaptation strategies. It also serves to raise the visibility and voice of the Eastern Shore and rural regions in conversations about adaptation and resilience.

“This report is important for communities here on the Eastern Shore,” said Jim Bass, ESLC’s Coastal Resilience Specialist. “It describes hazards we need to adapt to, and it gives us a framework to plan for that adaptation.”