This past Sunday, The Packing House in Cambridge hosted the premiere of Pop’s Old Place: A Case for Regenerative Agriculture – the latest documentary from Dave Harp, Tom Horton and Richard Anderson.  Harp, a well-known photographer and filmmaker, arranged the special screening as a fundraiser for Eastern Shore Land Conservancy (where he served as a Board Member for several terms).

The film follows Dorchester County farmer Darlene Goeringer throughout the course of a year and chronicles her efforts to raise heritage cattle and sheep using rotational, pasture-based methods on the same land purchased by her great-grandfather in 1909.  Darlene is part of a growing trend of farmers who recognize that what’s happening in the soil below the ground is the driving factor in both plant and animal health. 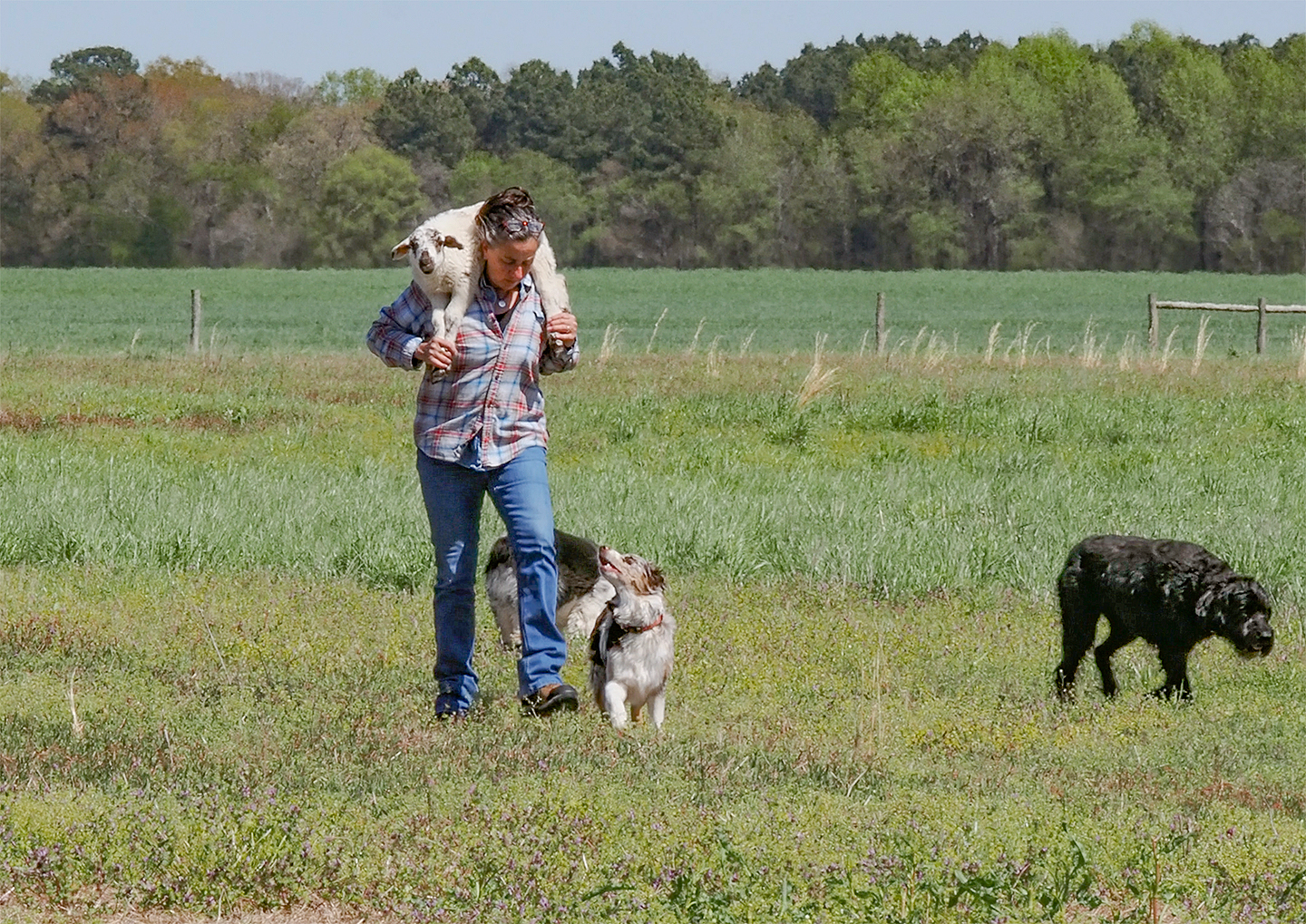 Darlene Goeringer, farmer at Pop's Old Place, carries a lamb on her farm

State-wide, there is a renewed emphasis on the important role of soil health.  The Maryland Department of Agriculture established a “Healthy Soils Program” in 2017 and has for years actively promoted adoption of important farm practices such as cover cropping and no-till farming.  And farmers are listening.  According to the National Soil Institute, Maryland farmers rank #1 and #2 nationally for their implementation of these practices.

Darlene has embraced even more soil health practices on her farm, such as rotational grazing and permanent pastures. Furthermore, she is also a participant in the Million Acre Challenge (MAC), which aims to ensure the use of healthy soil techniques on at least one million agricultural acres in Maryland by 2030.  Lisa Garfield, a soil scientist who works with MAC and is featured in the film, heralds Darlene’s farming practices: “building up the soil through pasture-based grazing can really help mitigate a lot of the issues we are having with climate change by increasing water-holding capacity of the soil and water infiltration.”

Consumers have the opportunity to see these practices in action on Darlene’s farm when they shop from her on-farm store in Hurlock, which is the primary place she sells her products.  As consumers become more and more distanced from agriculture, farms like hers offer an opportunity to connect directly with a farmer and become more educated on just what it takes to grow the food we eat.  For those farther afield, the Amazing Grazing Directory and Directory Map can help you locate a similar operation in your neck of the woods.

For operations like Pop’s Old Place, which raise grass-fed heritage breeds, visiting the farm is also an opportunity to learn tips on how best to cook them.  Grass-fed meat tends to be significantly leaner than grain-finished which changes how best to cook with it.  Understanding the difference is key.  Luckily for those in attendance at the film premiere, Rita Calvert was on hand to give advice and recipes from her local cookbook, The Grassfed Gourmet Fires It Up.

If you missed the film’s premiere, don’t worry: you can watch it here!  And the next time you are near Dorchester County, plan a trip to Pop’s Old Place and support farmers like Darlene who are working hard to grow nutritious food AND healthy soil.

Next Post: A Win For Solar and a Win For Farmland