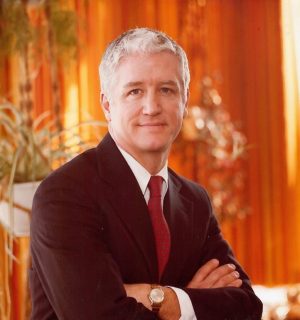 Alexander H. Hoon (Sandy) passed away from natural causes on May 14, 2017 at Heron Point, Chestertown, MD. Sandy was born in Pittsburgh, PA on December 1, 1928 to Marian Holliday Hoon and Dr. Merle Russell Hoon. Sandy was married to Ann Wilmer Hoon on March 17, 1951 in Chestertown, MD. He was the son-in-law of Isabel Perry Wilmer and Chestertown Mayor Philip G. Wilmer. Sandy was predeceased by Ann in August, 2016, and their third son David McGill Hoon who died in June, 2011. He is survived by two other sons: Dr. Alexander Holliday Hoon, Jr. (Cindy) who resides in Ellicott City, MD; and Philip W. Hoon, Esq. (Lisa) who resides in Chestertown; as well as 7 grandchildren, 3 daughters-in-law and one great grandchild. Sandy’s sisters Margaret Hoon Baker (Larry, dec’d) and Nancy Hoon Powell (Bill) survive him, as does his very dear friend/cousin Richard Carter Holliday.

Sandy attended Shady Side Academy (Pittsburgh) and graduated from Williams College in 1950. He served in the United States Marine Corps and was stationed as a First Lieutenant in Korea on April 1, 1951.  He was on active duty until January, 1953. Sandy began his successful career with Jones & Laughlin Steel Corporation in 1952.  He retired as a J&L executive in Pittsburgh in 1979.  While there he enjoyed Oakmont Country Club, the Duquesne Club and Fox Chapel Country Club.

Ann and Sandy moved to Chestertown in 1979 and restored their family home “Thornton”.  They lived there for 25 years and then moved to Heron Point in Chestertown.  During that period, Sandy was the founder and principal of Chesapeake Land Company, and also managed family farms. In the 1980’s Sandy was a co-founder of the Eastern Shore Land Conservancy and served as a Director for many years.  He was also a co-founder of the 1782 Society of Washington College. Sandy served on the Board of Directors of the Kent County Public Library, Magnolia Hall and The Chesapeake Bank & Trust Company.  He was a member of the Chester River Yacht & Country Club, a founding member of The River Club and The Sons of The American Revolution.

In addition to his family and farms, Sandy loved people from all walks of life.  He left this world in peace, a good man with a life well lived. There will be a Memorial Service for Sandy on Saturday, June 24, 2017 at 2 o’clock at Emmanuel Church, Chestertown.  Interment will be private.

Contributions in Sandy’s memory can be made to the Eastern Shore Land Conservancy – www.eslc.org/donate.

*A note from the Wood Family was recently received here at ESLC: “In memory of Sandy and Ann Hoon, and the love they shared with the greater Chestertown and Eastern Shore community…to God be the Glory, and may light perpetual shine upon them…united in Heaven and on Earth.” (A $200 gift was also included.)

Next Post: ESLC drops crowdfunding video for The Packing House