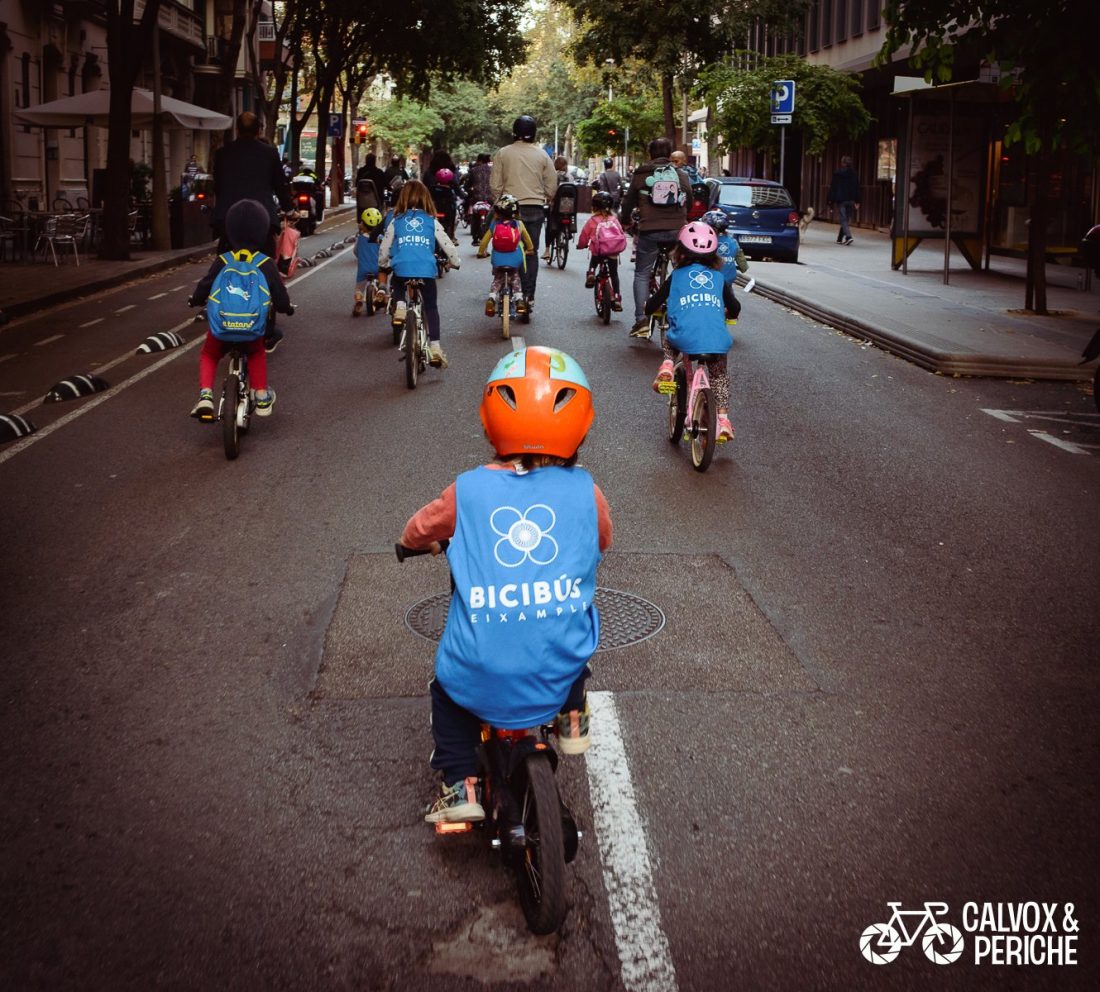 A ‘Bicibus’ Hits the Road in Spain

Dubbed the “Bicibus” or Bike Bus, it’s more like a caravan or an escort, one which started when five families decided to ride their bikes to school to advocate for bike lanes and safer, quieter roads. More and more families joined in until it became a weekly event.

This article describes such a great story and a great display of residents advocating effectively for their communities. It both demonstrates the needs in any community for safe and viable alternative forms of transportation and how residents can work together. It is easy to say we don’t need bike infrastructure because no one bikes, but most often the reason no one bikes is because there is no safe place to bike. This is especially the case for young kids, older residents, minorities, and people with disabilities. Together they create a large percentage of our population who does not have a safe way to commute whether to a park, to school, to work, to a grocery store, or for leisure and recreation.

A good indication of a successful bike infrastructure is if women and children use it regularly. If they don’t, consider why and observe how your streets are utilized. If they do, your community is healthier, happier, and has more equity. As this article notes: “If the population uses their bikes, there will be a healthier, quieter and overall better city to live in.”

Observation is the best start to any accessibility project followed by incremental steps. This neighborhood in Barcelona observed how unsafe their streets were for kids and families who wanted to ride their bikes to school. So they started by riding together, which was the easiest first step they could take to make the commute to school by bike safer. Over time this grew in a bottom up grass roots method.
Can’t wait to see what happens next.

Next Post: ESLC Receives Over $3 Million in Funding Through Rural Legacy Program