We are responding to County Executive McCarthy’s article in the Whig (March 16), and his response (April 28) to an opinion piece in the Baltimore Sun (Feb. 19) regarding Cecil County’s tier map and the Comprehensive Plan on which it is supposedly based. 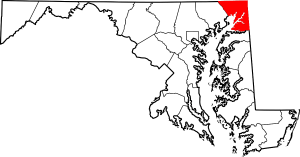 Rather than being solely about protecting private property rights, the 2010 Comprehensive Plan states that they should be balanced with the need to manage growth. The 41 individuals on the review committee crafted a plan that reflected their diversity of opinions and put equal, if not more, emphasis on conserving agricultural and forested lands and on keeping our rural areas rural.

The tier map adopted by the county in 2012 and recently endorsed by the decidedly un-diverse Tier Map Advisory Committee makes a mockery of our Comprehensive Plan and its commitments to conservation and rural character.

Executive McCarthy seeks to be “aligned with state law,” but seems ready to ignore the law when he disagrees with what it tells him to do. The intent of the Sustainable Growth and Agricultural Preservation Act of 2012 is clear from its title. An interpretation was presented to the Tier Map Advisory Committee as Tier Map No. 11 (Whig March 9, 2017). This map came closer to the legal requirements than anything since Tier Map No. 4 from August 2012.

Rather than be insulted by the state’s approach to land use planning, we are insulted that our county executive should so comprehensively ignore our own plan.

Jill E. Burke is the president of the Cecil Land Use Association.