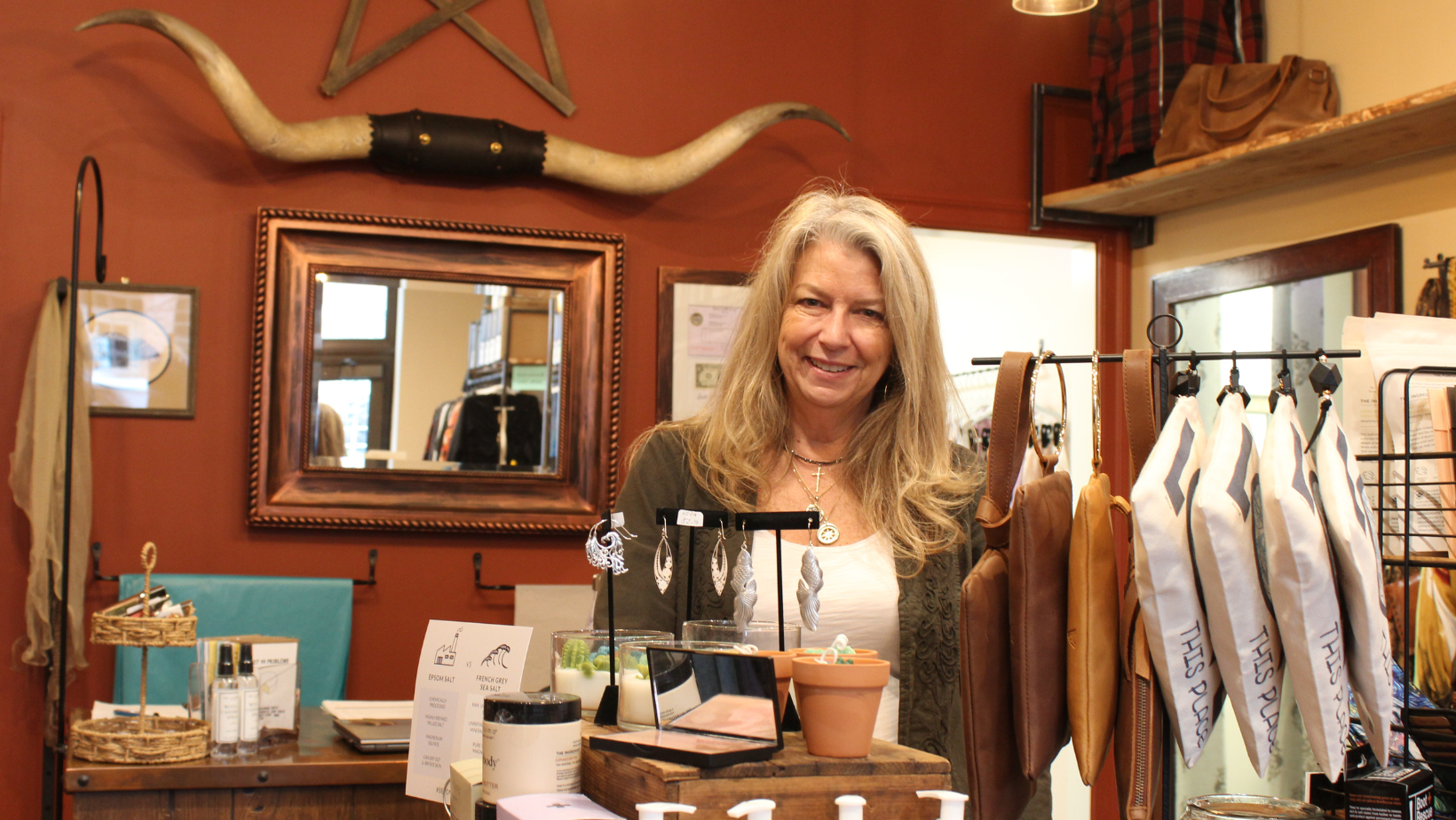 Joan Hoge-North, owner and operator of The Mercantile in Easton

In December, The Mercantile in Easton, a women’s boutique, made their first-ever donation to Eastern Shore Land Conservancy (ESLC), but this particular donation has a bit of a special twist: The Mercantile offers shoppers a choice upon checkout: use a paper bag from the boutique or skip the bag and donate its cost (25 cents) to a local nonprofit. The Mercantile’s year-end gift to ESLC was on behalf of all the customers in 2022 who skipped the bag.

Joan Hoge-North, owner and operator of The Mercantile, said a key part of the original concept of the store was giving customers the chance to reduce their consumption and support others by skipping shopping bags to make donations; she was thrilled by the positive response the practice has met, with 576 bags being saved since the boutique’s opening. “I always knew I was going to use paper bags, but I also know from my own shopping habits that you don’t need a bag from every store that you go in.”

Hoge-North, a Delmarva native, opened The Mercantile in Easton in May 2022 at 33 N Harrison Street in downtown Easton. “The basic concept of the shop was to bring something different to Easton, not to compete with the great shops that are here that I’ve shopped at for decades,” said Hoge-North. “I wanted to add something a little different and specifically to bring a little bit of sassiness to Easton’s women – the opportunity to strut a little bit.”

Far from just sassy, The Mercantile is also intentional: nearly everything in the storefront – from the clothing on hangers to the shelves themselves – comes from a business with social entrepreneurial practices. “I spent 30 years in the nonprofit sector, so there’s a lot that I brought from that that I’m putting in play here,” said Hoge-North. “The main thing is seeking out brands that are socially and environmentally conscious… I’m always on the hunt for smaller makers, women-owned companies, and brands that give back in some way.”

“We applaud Joan and The Mercantile for this creative method of reducing waste and organizing donations,” said ESLC President, Steven Kline. “We were humbled and honored to be the first organization that Joan chose to support and we look forward to helping her support many other organizations in the years to come!”

Hoge-North notes she will choose another nonprofit for The Mercantile to support in six months and will be donating to local nonprofits twice a year, giving her time to save up donations in between.

For more information on The Mercantile in Easton, you can visit their website or contact Joan Hoge-North at joan@mercantileeaston.com or (410) 443-0740. 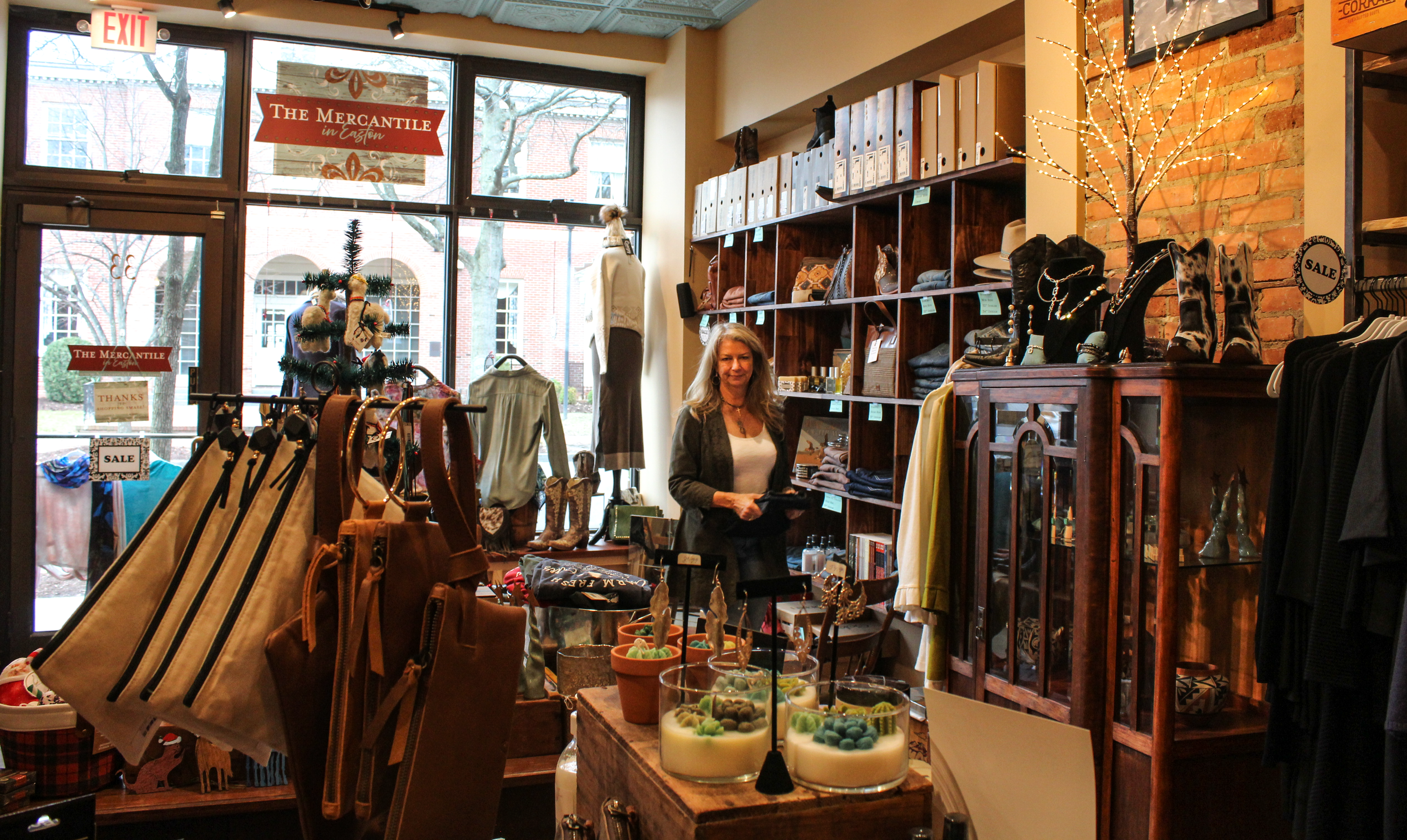 Joan, owner of The Mercantile in Easton, shows the inventory of the boutique

Next Post: ESLC Submits Letters of Support for Cabinet Nominations