This Is Why I Preserve: Matt Tobriner

As part of a new series titled This Is Why I Preserve, we’re giving ESLC’s staff, board members, volunteers, donors, and supporters the opportunity to share why they became interested in preservation and why it is unique to them.

The next story comes from Matt Tobriner aka “Toby” — a retired nuclear engineer turned citizen preservationist, who sits on ESLC’s Board of Directors. You will read about his extremely active role in Chestertown’s waterfront revitalization, and many other random events and unplanned connections that have made preservation a core part of his life on the Eastern Shore. Toby is showing no signs of slowing down, and is currently tied to efforts between ESLC, the Town of Chestertown, and Washington College to build the new Chestertown Riverfront Walk.

We invite you to share your story too! We believe that everyone has role in preserving the quality of life that we enjoy on the Eastern Shore, and we believe those stories deserve to be told. 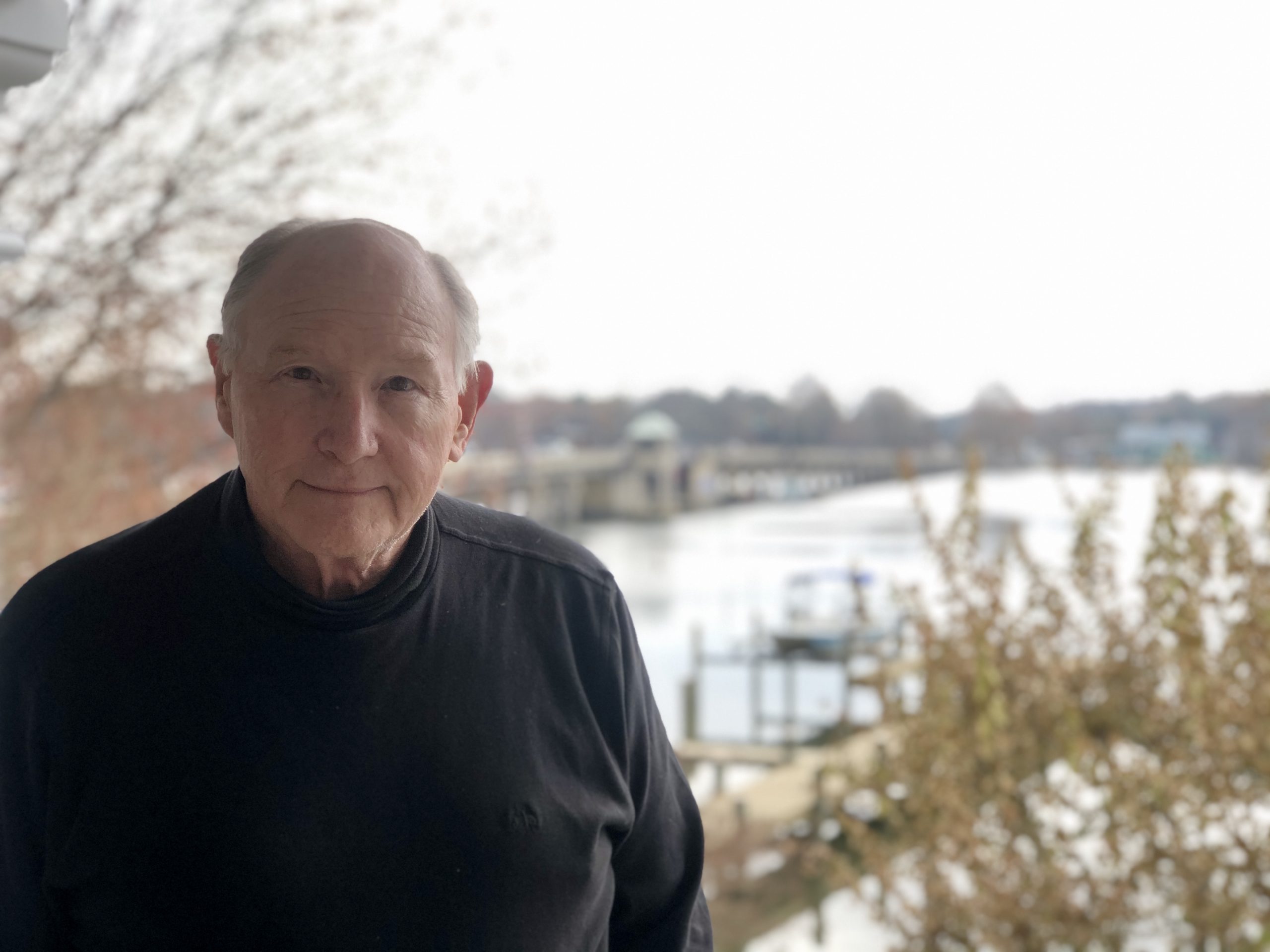 My wife and I moved to the Eastern Shore of Maryland in 1998, looking for a place on the water where I could sail and she could garden, and where there wasn’t a beltway to ruin our outlooks daily.  Our timing was lucky and we found our new old home in Chestertown MD., and pretty much made a snap judgement to preserve and rehab an 1889 house.  We had previously sailed up the fantastically beautiful Chester River a few times and knew the town superficially, so that helped.

I was soon involved with the town’s marina, as they say “messing around with boats”.  The marina was in a downhill slide (literally and figuratively) and the prospects for its future were limited by the onset of the “great recession”.  I was invited to join a committee to put together a plan to buy, revitalize, and preserve it.  The rationale was that the Chester River was the economic and historic basis for the town’s existence; if it were to be developed to its “highest and best use” most likely such would eliminate public access to the river.

So the committee set out to preserve access to the river, as well as the underpinnings of the town’s history. The Town’s leadership accepted the idea.  Had they not, the public funds that were ultimately made available from the State and the Federal governments would never have been available, and the marina would likely have been subject to demolition by neglect or turned into waterfront condominiums.  It took a lot of work by the town, but it is done and it looks great.

All of this led me to hook up with the home-grown Sultana Education Foundation which was in the process of building the Schooner and developing its programs and infrastructure in Chestertown.  This is a great organization preserving the region’s maritime and cultural history by teaching students, through hands-on experience, how and why to become stewards of the Chesapeake Bay’s watershed and environment.

In the meantime my next-door neighbor began editing a start-up, monthly, small format magazine and asked if I would write some stories about the river.  Why not? I got paid by the word–but she was tough editor so I wasn’t getting rich.  The research done to provide the grist for that mill provided me a greater appreciation for the wider history and economics of the town and region–to the point that preservation and smart exploitation of the local assets became a subliminal theme.  My editor neighbor was also on the Board of the Eastern Shore Land Conservancy (ESLC) and asked me to join up, which I did.

Preservation and conservation of the Eastern Shore is what the ESLC is all about—including preservation of open spaces, agricultural and fishery resources, the economic viability of towns, and the development of connected tracts of land that foster sustained preservation of migratory species and critters of all shapes and sizes.  I figure the animals have the same drives and rights of self-preservation as we humans, but aren’t as well organized, so need our help.  ESLC is launching a new program named DELMARVA OASIS to raise the fraction of preserved lands on the peninsula from 30% currently to 50% by 2030.  This is a huge undertaking.  Some smart person said “None of us is as smart as all of us.”–so please get involved.

You can see that random events and connections generally lead to new goals–like the Chestertown River Walk, in which the Town, Washington College, and ESLC are combining forces to get a river-front trail built.

In Matt’s reflections, he begins to explain his role in Eastern Shore Land Conservancy’s story. This is your chance be a part of it, too. Preserve your role by sharing why preservation is important to you.

Previous Post: This Is Why I Preserve: Carol Bean

Next Post: The First Look at Severe Rainfall Impacts in Maryland