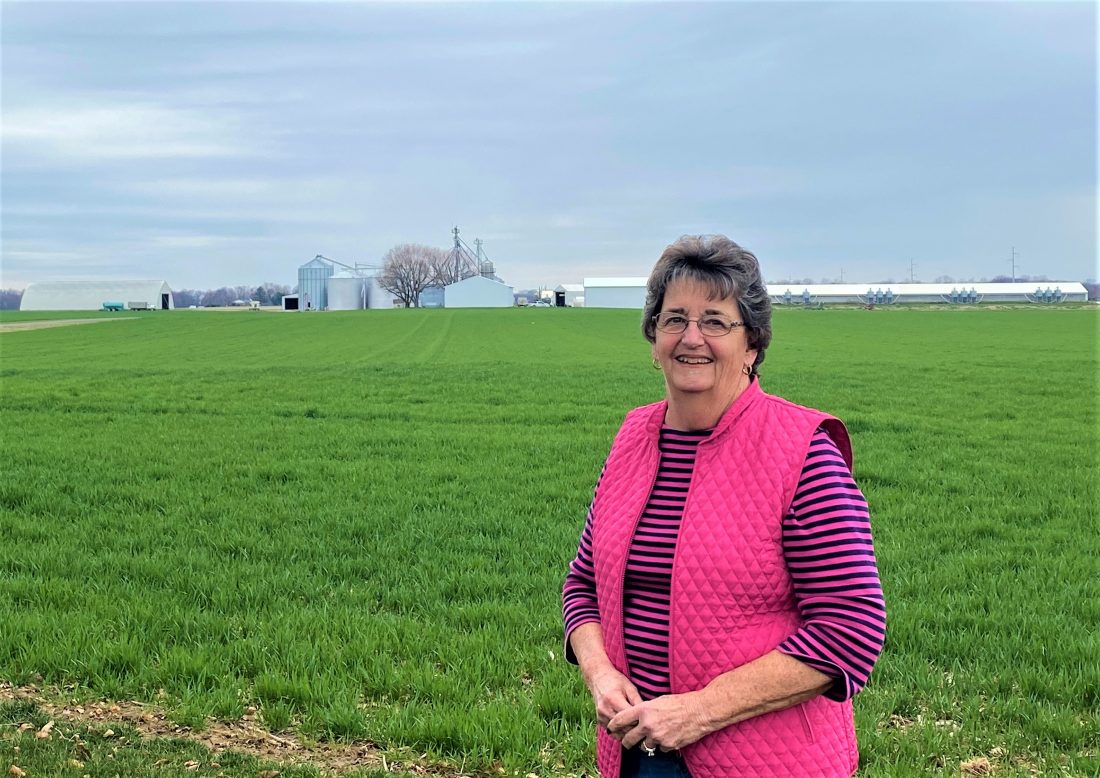 This Is Why I Preserve: Pat Langenfelder

As part of a series titled This Is Why I Preserve, we’re giving ESLC’s staff, board members, volunteers, donors and supporters the opportunity to share why they became interested in preservation on Maryland’s Eastern Shore. The aim of the series is to demonstrate how preservation connects to our daily lives.

The next story is from Pat Langenfelder. You may recognize the name from the delicious Langenfelder Pork that is raised, processed, and distributed by her family in Kent County, Maryland. Farmers and producers, like the Langenfelders, play a critical role in our local food systems and we should support them however possible. That said, give Pat’s story a read and buy local for your next meal!

My family and I relocated to the Eastern Shore in 1988, bringing with us our entire farming operation – lock, stock and barrel – an undertaking that took months to complete. We left an area that was at one time a thriving rural farm community, which was quickly becoming an elite suburbia. Needless to say, there was no room for expansion should any of our children decide to farm with us, so we moved to Kent County and never looked back.

We were attracted by the large expanses of productive farmland, the well-defined towns and villages, and the zoning ordinances that encouraged and protected agriculture. In the ensuing years as we were able to expand, our three children have taken over the reins of the farm, and now their children are continuing the family’s legacy as seventh generation farmers. 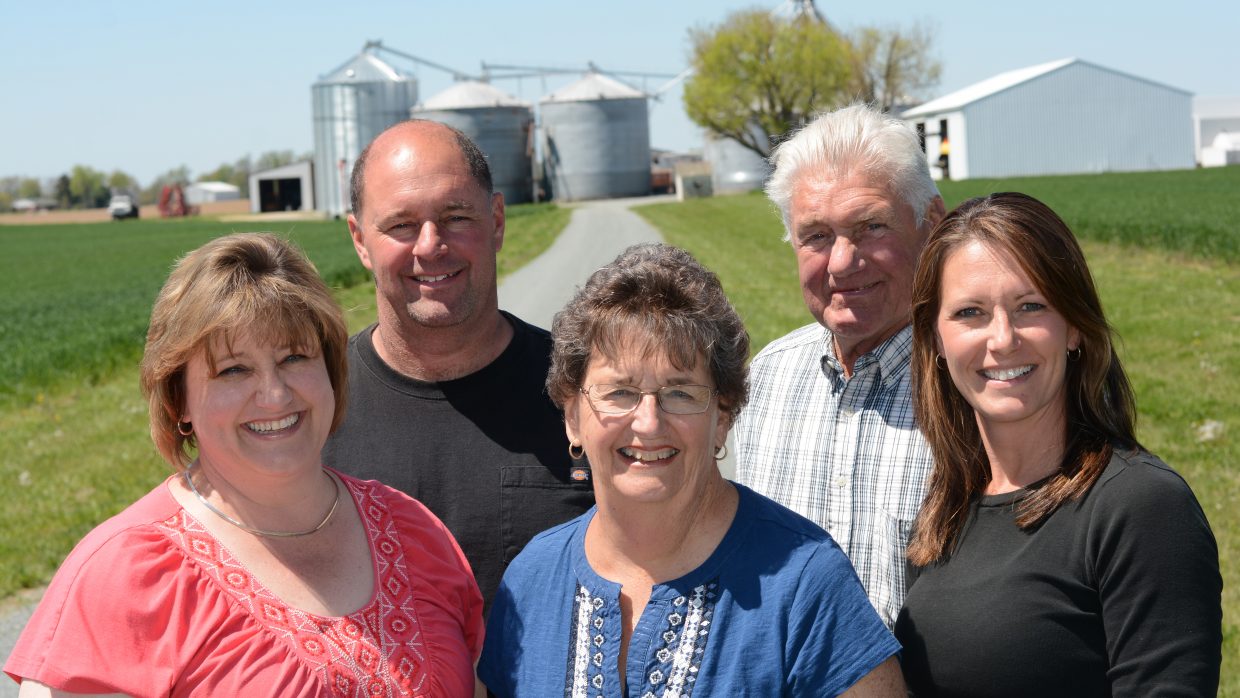 My husband likes to remind me that our relocation in 1988 was not the first time he had to move. His parents owned a farm outside of Baltimore that had been in the family for almost one hundred years, spanning four generations. In the 1950’s when the I-95 Corridor was designed, a large swath cut through their farm, leaving only a small portion of the land – not enough to sustain a farm. So, his parents bought land in what was then a rural county and set up a new farm operation, not ever suspecting that 33 years later their son would have to relocate the farm once again due to encroaching development.

These experiences of watching rural communities, wildlife habitat and bucolic vistas be overtaken by development made me an advocate for conservation, preservation and good planning. Because of my family’s concern with maintaining a viable agriculture on the Eastern Shore, we have placed some of our farmland in preservation programs. I have been fortunate to have had the opportunity to serve on a variety of organizations and boards that deal with land use and conservation. I use our family’s experience to explain the importance of planned growth in conjunction with preservation. 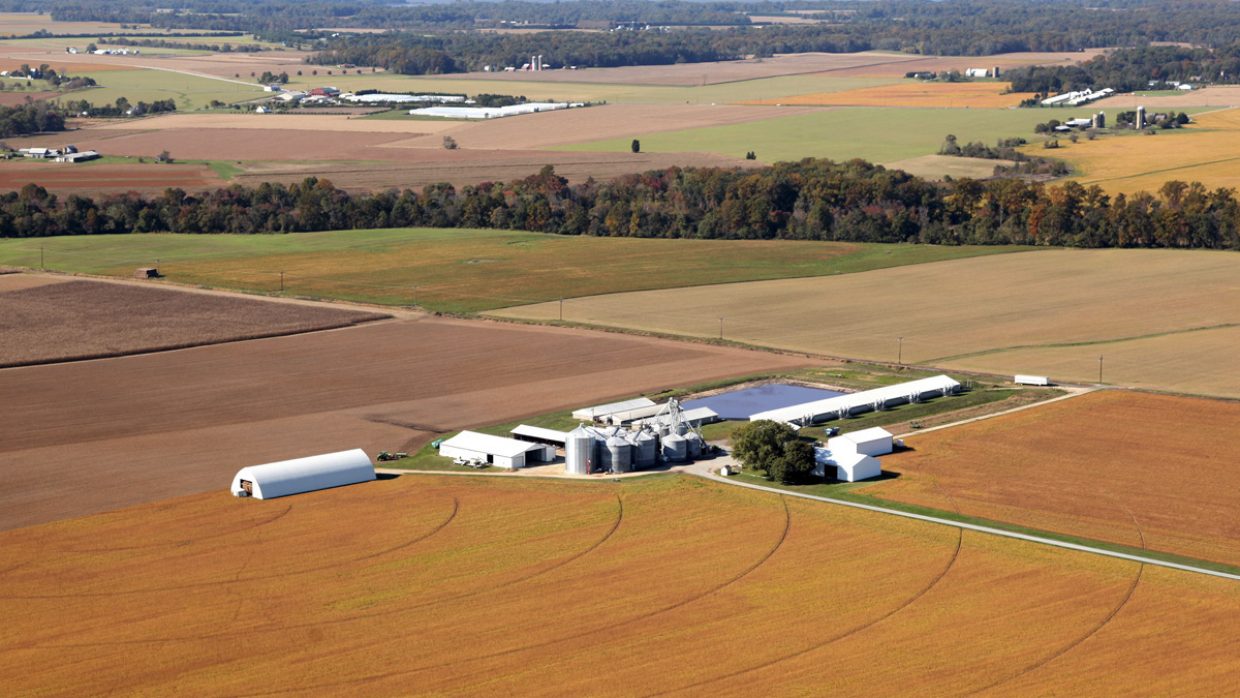 Photo: Grand View Farm from above.

A few years ago, a wind energy company wanted to erect 30 turbines, each 300+ feet tall, across approximately 4000 acres of prime farmland in our county. I was asked to join a community conservation organization that was concerned with the effects of the turbines on birds, farming, historic sites, neighboring homes, and viewsheds. Our small group worked diligently to learn about wind turbines and the permitting process. Using what we learned, we sponsored public meetings to inform the community and to encourage the citizens to voice their opinions. After a year, the company finally withdrew its application.

I am currently serving on the Eastern Shore Land Conservancy’s Board of Directors, an organization whose mission promotes land conservation, vibrant towns and the rich heritage of the ‘Shore. I am particularly excited about our new Delmarva Oasis initiative to protect 50 percent of Delmarva’s land by 2050. Although a lofty goal, it is important for our organization to collaborate with like-minded people, organizations and government officials to work diligently to protect our resources for nature and food production to secure a future for our region and our planet.

Protecting the Eastern’s Shore’s land is more important than ever. Sprawled development, climate change, and plenty more, threatens the environmental integrity of our region, and we must ensure that we save land and its resources for future generations. Land preservation is proven to be vital to our health, our quality of life, and a balanced economy.

If you agree, please join our efforts to protect land on the Eastern Shore by making a gift below.