With the conclusion of the 2016 Rio Olympic games, so ends an inspirational journey for one ESLC staff member. 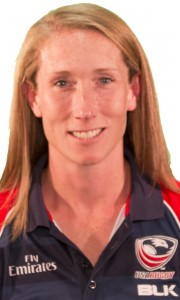 Community Projects Manager Carmen Farmer and the U.S. Women’s Rugby Team took 5th place in the sport’s Olympic debut – a valiant effort and very respectable finish that included a 12-12 tie with the top-seeded and eventual gold medal winner, Australia. Farmer, with her 6′ 1″ frame and mere 4 years of rugby experience, left it all on the field alongside her talented teammates. The women of U.S. Rugby will most certainly be back as a team to be reckoned with.

Sadly, Carmen will not be back at ESLC headquarters in the coming days following her Olympic journey. The former lawyer and sparkplug behind the Eastern Shore Conservation Center project has accepted a position with Colorado Open Lands, one of the state’s largest land conservation organizations. As a conservation project coordinator, her position will resemble that of ESLC Conservation Easement Program Manager Jared Parks, and will cover the entire state of Colorado. While all of us here at ESLC headquarters are of course sad to lose such a talented and dedicated member of our team, we wish Carmen nothing but the best on her new adventure out west.

Carmen began with ESLC in 2012 on a part-time basis, having become familiar with ESLC while working in a law firm representing land owners. “I had tremendous respect for ESLC,” recalls Carmen. It was only a matter of time before she was hired full-time as the community projects coordinator, working alongside manager Brad Rogers.

For the better part of the last year, Carmen has lived in California with the rest of the U.S. women’s rugy team, juggling an intense training schedule while contributing about 20 hours a week remotely for ESLC. “I would not have been able to do this if I was in private practice,” says Carmen of her being able to chase an Olympic dream at age 35 with a career on the East coast. “I credit ESLC for encouraging its staff to have outside interests and a healthy work/life balance.”

Previous Post: Grab a tomato for the Food Fight!