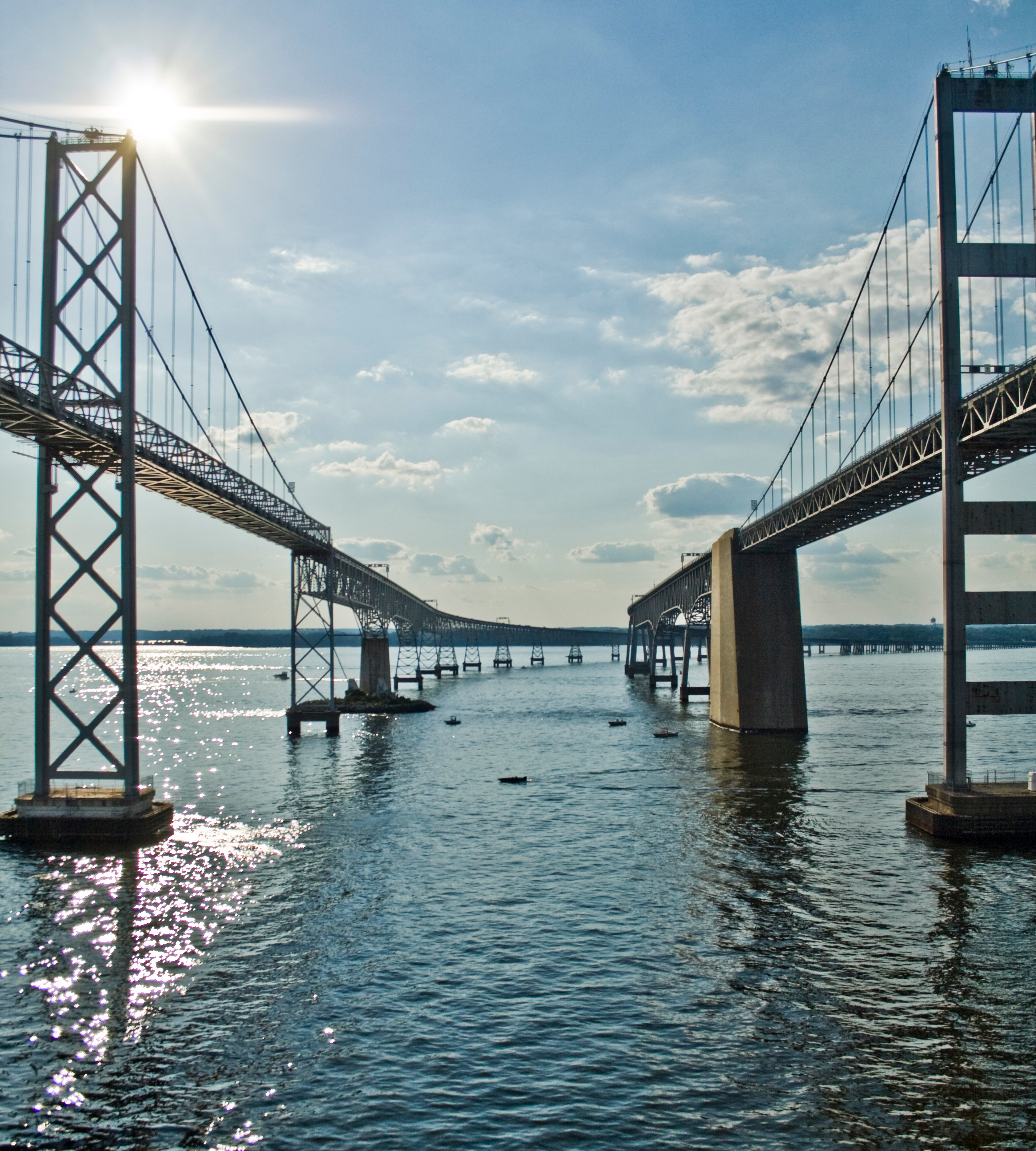 "Chesapeake Bay Bridge" by JoshuaDavisPhotography is licensed under CC BY-SA 2.0. To view a copy of this license, visit https://creativecommons.org/licenses/by-sa/2.0/?ref=openverse

With the release of the Final Environmental Impact Statement (FEIS) on the potential new Bay Bridge crossing, now is a critical time to understand the history of these types of highway expansion project and why they rarely, if ever, work.

There is an effect that comes with road expansion that is known as induced traffic demand. In essence, it means if you build more roads, more drivers will use them. Often, road expansion is a means to alleviate traffic congestion; the traffic relief is often short-lived because more people start to use the infrastructure, thus creating more traffic. This is an all too common scenario and we have seen this before with the current two bridge spans.

The first span was built in July 1952 with just two lanes, which soon became inadequate. Twenty-One years later, the second span was built in 1972; eight years later, it led to the widening of Route 50 between Annapolis and the bridge. This highway expansion soon proved to be inadequate to accommodate both peak commuter traffic and the deluge of beach-goers. As we build more and more capacity for drivers and private vehicles, we in turn get more drivers and private vehicles. As a result, nearly 70 years after the first bridge was built, traffic has become so bad that we are once again considering another expansion with hopes that this time it will work to alleviate traffic congestion. Yet studies and history have proven it surely will not work, and will only lead to more drivers and more traffic at the cost of tens of billions of dollars, the environmental impact, and the threat of more development on Eastern Shore land that typically follows these types of infrastructure projects.

We have been down this road before. Three years ago, Eastern Shore Land Conservancy hosted a planning conference with industry leaders and stakeholders to discuss short- and long-term solutions to congestion created by traffic on the existing Bay Bridge. At the conference, we learned that traffic is so bad on local roads between Kent Island and Grasonville that first responders often had difficulty and delays reaching emergency calls and residents have trouble simply leaving their homes. This sadly normalized congestion comes from beach traffic looking for ways to by-pass Route 50/301 congestion via local roads.

Several solutions were suggested and the state adopted some of these ideas, including the High Speed Tolling on the Anne Arundel County side that replaced the old toll lanes. However, the most crucial point made at our conference is this corridor needs help now, while any potential new bridge is decades away. Although some ideas have been tested, others were left on the table that should at least be explored and tested for the chance they could alleviate congestion much more quickly and at a much lower cost.

Based on ESLC’s Annual Planning Conference “Congestion Ahead: Rerouting…” which took place in April (2019) . . . we believe the following mitigation efforts can have an immediate impact:

We owe this to the residents who live along the corridor who have had to live with this traffic for years. We owe this to the preservation of the rural character of the Eastern Shore, threatened by road expansion that leads to unsustainable development of farms and forests, and we owe this to our future as roads are expensive and proper maintenance of roads is even more expensive.

Previous Post: There’s a Long Way to Go on a New Bay Bridge