For several years eyes have been on the towering 90-foot tall smokestacks in Cambridge, MD, but for reasons that create anxiety rather than excitement.

The iconic smokestacks have severely deteriorated in decades following the closing of Phillips Packing Company, and the local community been anxious about the potential for the ‘stacks to take a tumble. Just earlier this month, a random lightning strike (https://www.eagletribune.com/news/haverhill/smokestack-has-new-look-as-crew-finishes-work/article_cb36cec6-ae6a-5904-9235-87872c65c4dc.html) brought a 100-foot tall smokestack down to roughly two stories in height in Haverhill, Massachusetts.

On June 24th, Structural Preservation Systems began the restoration work to make the smokestacks safe for the public in and around the building. Workers spent the following weeks stabilizing and demolishing the smokestacks brick-by-brick in preparation to rebuild them to their original height — removing 17′ feet from the top of the northern chimney and 30′ from the top of the southern chimney.

Following the demolition, NawKaw, a masonry staining contractor, began the process of staining 5,000 new bricks to replace the material that was removed by Structural. Before the new bricks can be placed, each must be individually stained to match the random color palette of the original brick that was used when the smokestacks were built in the 1920s. Maintaining their original character and appearance is key for recognition by Maryland Historic Trust standards and the ability to secure funding for the preservation of historic structures.

The smokestacks are attached to the last remaining factory from the Phillips Company’s empire (https://www.preservationmaryland.org/maryland-history-the-phillips-packing-and-seafood-company/) of vegetable and food packing businesses, which once employed thousands of people in Cambridge as its largest employer. The company closed in the 1960’s, and as the building stands now, its physical size and stature reminds passersby of a company legacy that would become one of the most recognized names in seafood across the world.

Last week, ESLC’s Darius Johnson led independent school teachers and staff from the Chesapeake Bay Foundation (CBF) on a tour of the future Packing House — a stop on their 5-day professional development program to learn how places and resources in our Chesapeake Bay communities can be used for educational purposes.

“We were truly impressed with the plans and vision for The Packing House and for the community,” said CBF’s Assistant Director of Education Operations Claire Jaeger. “Our tour and learning about the project fit perfectly with our investigation about connections to place and how we can use it for learning opportunities — not only with students, but for the larger community as well, especially when tackling environmental and social issues.”

The smokestack restoration is just phase one of a larger project planned by ESLC and Cross Street Partners development team. Phase two will repurpose the 60,000 SF factory into a mixed-use facility for commercialization, research, production, and active retail uses called The Packing House. 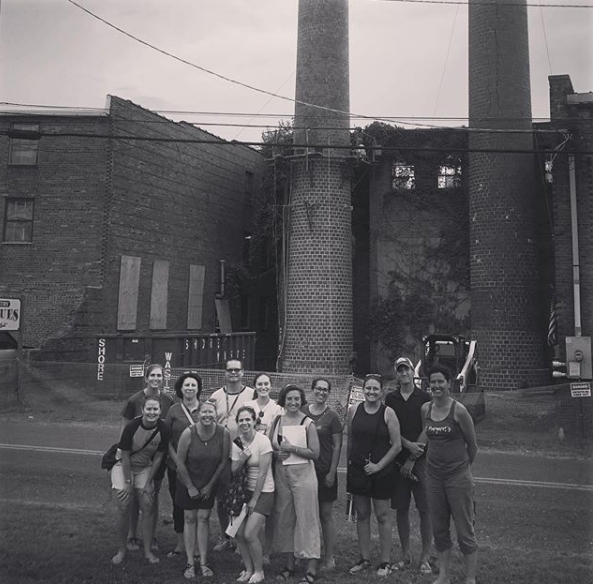 There are thousands of smokestacks throughout the world, the vast majority of which now stand as historic reminders of a time that has passed. This process will ensure that Cambridge always has its twin smokestacks in place – preserving the impact and memories affiliated with Phillip’s Packing Company for decades more.

They may look slightly different since the new brick must be stained to match the original, but don’t worry — if you look closely at the Washington Monument (http://mallhistory.org/explorations/show/washington-monument-colors) you can see that the color of the stone is slightly mismatched too! Since the ‘stacks were built so long ago, it is near impossible to find the original brick that was used in the construction.

The 90-day restoration project will likely finish in mid-to-late September. In the meantime, ESLC and Cross Street Partners will continue to provide updates on all platforms. If you are a community member or former employee with a special story or memory about Phillips Packing Company or the smokestacks, we want to hear from you! Please reach out to djohnson@eslc.org to tell us what the smokestacks mean to you 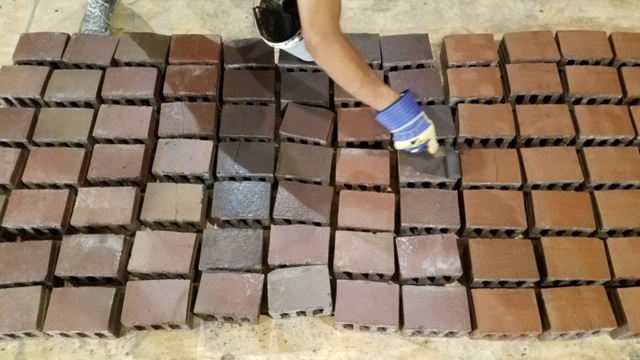 Next Post: Thriving – Not Simply Surviving – in the Delmarva Oasis