Thriving – Not Simply Surviving – in the Delmarva Oasis 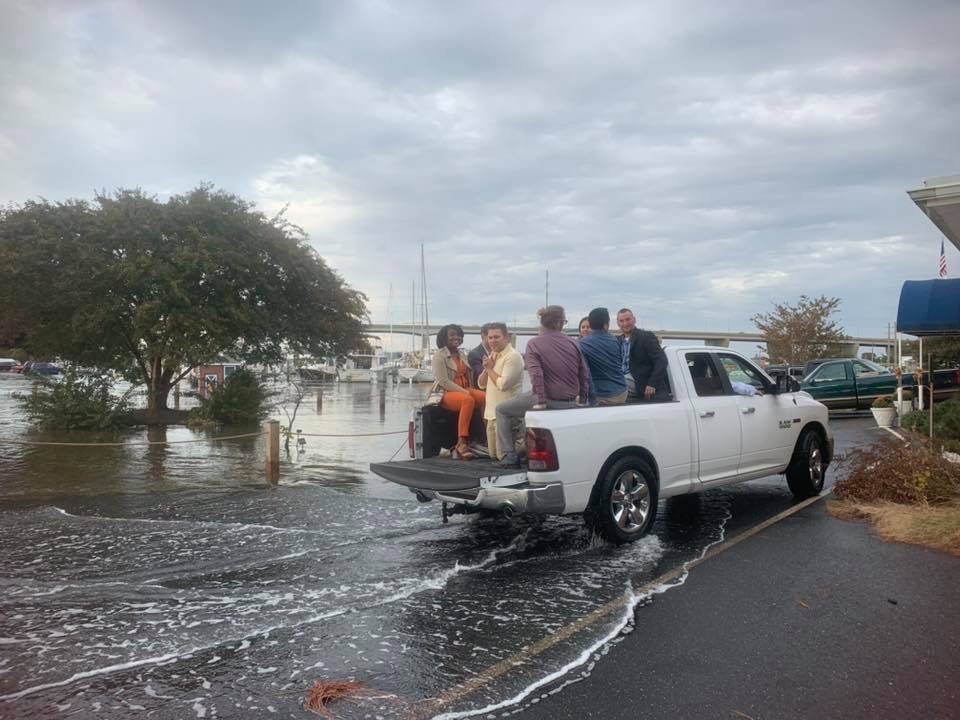 Recently, we at Eastern Shore Land Conservancy held our annual Party to Preserve where we discussed Delmarva Oasis, an initiative to protect 50% of the Delmarva Peninsula we love and call home by the year 2030. Protecting land – specifically placing low-lying and waterfront properties in easements to limit future development – is critical to the future of Delmarva as flooding episodes increase in frequency and severity.

The timing of this year’s Party to Preserve was fitting as many attendees had difficulty traveling due to exceptionally high tidal flooding. Across the Shore, you may have noticed this if you drove on low-lying roads, tried to visit a waterfront business, own property own or near the water, or have friends or family who meet any of the above criteria. I think that almost every person on the Eastern Shore falls into one of those categories. This was a widespread flooding event which impacted our whole region, and without a drop of rain fallen.

Maryland’s Eastern Shore is the nation’s third-most vulnerable region to the threats of sea level rise, following south Florida and coastal Louisiana. As this type of flooding becomes deeper and more chronic, the region’s existing vulnerabilities will only become worse.

Shorelines will fail, school and work commutes will be disrupted more frequently, vehicles will corrode, and infrastructure will be weakened. Flooding from hurricanes and tropical storms will also become worse in the future as sea level rise drives storm surge further inland. All of which reinforces the necessity for a widespread land preservation effort like Delmarva Oasis to ensure that nature is allowed to play its role in protecting our communities and our lives.

It’s not fair to say that recent flooding is a complete and direct result of climate change. The moon was almost entirely full which pulls tides higher than normal. Tropical Storm Melissa, well out into the Atlantic Ocean, was large enough to drive Chesapeake Bay waters higher than normal and prevent some of the tide’s regular ebbing. But we would be naïve to think that sea level rise is not playing a major role in the increased impacts of flooding that we are experiencing today.

Tides today are a foot higher than they were a century ago, and that number is growing increasingly every day. Sea level rise is not an abstract concept for future community planning – it is a concrete, measurable phenomenon occurring right now which is impacting our lives and those of waterfront community members across the country.

To build this Delmarva Oasis in the face of climate change and sea level rise, ESLC is engaging government partners at the local and state level to bring funding and resources to the region which will result in safe, adaptive, and resilient communities now and in the future. We are working with property owners across the region to consider their vulnerability and identify adaptation solutions. And we are building partnerships with local businesses to ensure that the economic base of the Eastern Shore, rooted in agriculture and small business, remains strong and competitive. But this is not enough. To build true regional resilience and preserve a vibrant Eastern Shore, we must have full engagement from all residents and community members to protect what we love and value. We must identify the things worth protecting, the things that make us unique, and use them as a guide and inspiration for building resilience and ensuring a future where we thrive, not simply survive, here on the Eastern Shore.

Next Post: This Is Why I Preserve: Rob Etgen