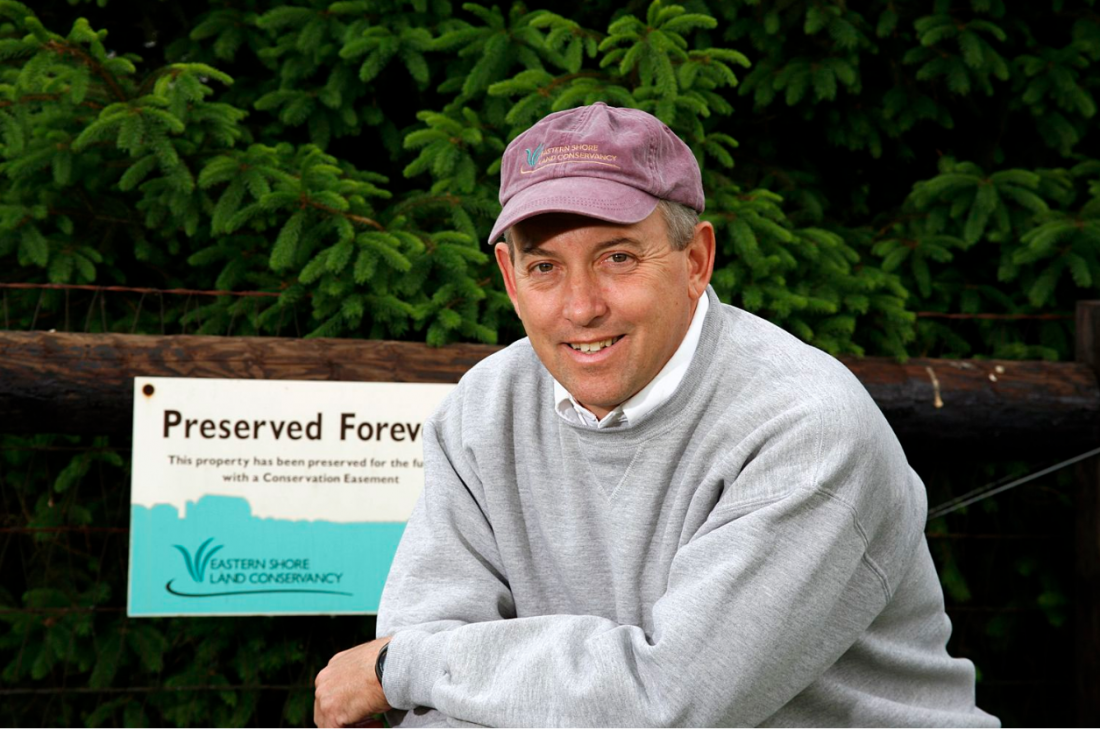 This Is Why I Preserve: Rob Etgen

As part of a new series titled This Is Why I Preserve, we’re giving ESLC’s staff, board members, volunteers, donors and supporters the opportunity to share why they became interested in preservation on Maryland’s Eastern Shore.

We want to share Rob Etgen’s story with you first. Rob is the founder of Eastern Shore Land Conservancy and currently serves as the organization’s President.

In 1970, my family moved to a neighborhood on a small creek off the Magothy River in Severna Park. We did not live on the creek, but there were old street end landings that gave access to the creek, plus there was a big forest as you went up the headwaters. As kids, my brothers and I were in heaven—dip-netting soft crabs in the headwaters, spinner fishing for perch, fighting acorn battles in the forest, and generally enjoying and exploring every corner of the outdoors.

Through the 1970s, there was something else going on while we played in the woods and the creek: DEVELOPMENT! During my early years, Rt. 2 (Ritchie Highway back then) went quickly from a pastoral parkway to having 54 strip malls between Severna Park and Glen Bernie by the time I left for college. With each strip mall and parking lot the storm water flowed stronger and faster carrying more and more sediment and pollution. Over a few years we watched our favorite Lilly pad pond get blown out, the stream bed destroyed, and the river water in Cypress Creek and the Magothy River get steadily more polluted to the point where our daily swims turned our underwear brown and our toenails yellow. Seriously gross!

In 1977, I turned 16. This was the same year that Maryland DNR bought Wye Island to save it from development. I read about it in the news and could think of nothing else—over 3,000 acres and 12 miles of shoreline on the famed Wye River! Whenever I could borrow the car, my weekends were spent on Wye Island and I was hooked—hooked on the broad open spaces, great perch fishing, birdwatching, and especially the solitude I needed as a teen to sort through vexing life issues like girlfriends and college and how to get my own car. I was also hooked on the concept that places like Wye Island need not become the next Ritchie Highway. Rather, there was an alternative—that key wildlife habitats and prime farmland could be conserved for everyone’s continued use and enjoyment.

This Wye Island revelation led me to a bachelor’s degree in Forest Ecology from West Virginia University, then a Law degree from University of Maryland, and eventually to Eastern Shore Land Conservancy—a group founded right on the banks of the Wye River, overlooking Wye Island. Nearly 30 years later, who would have thought that my experiences as a kid would lead to decades of land protection on Maryland’s Eastern Shore.

In Rob’s reflections, he begins to explain his role in Eastern Shore Land Conservancy’s story. This is your chance be a part of it too. Preserve your role by making a gift and sharing why preservation is important to you.

You can triple your giving impact on ESLC’s Match Monday event on Dec. 2, 2019 or you can double your impact on Giving Tuesday, Dec. 3, 2019. Your support will make a positive impact on Eastern Shore Land Conservancy’s ability to continue connecting people to the land.

Previous Post: Thriving – Not Simply Surviving – in the Delmarva Oasis