The Maryland Environmental Trust, partnering with the Eastern Shore Land Conservancy, has permanently protected 232 acres of farm and forest land along Maryland Route 33, known as the Chesapeake Country Scenic Byway. Gannon Family LLC granted a conservation easement on what is locally called “Lee Haven Farm,” forever protecting the prime agricultural land and scenic views. The Board of Public Works approved the easement Dec. 6. “We are grateful to keep this land a productive part of the local economy and to protect the scenic view on the Eastern Shore,” Maryland Environmental Trust Director Bill Leahy said. The easement is located in Talbot County immediately outside the town of Easton. It consists of about 100 acres of farmland and 125 acres of forest. The southernmost portion of the property is along the headwaters of Dixon Creek. “We have placed conservation easements on other Talbot County properties and are pleased to have worked with the Eastern Shore Land Conservancy and Maryland Environmental Trust to preserve a large part of Lee Haven,” Greg Gannon, an owner of Gannon Family LLC, said. Gannon Family LLC donated the land for conservation. Eastern Shore Land Conservancy Conservation Easement Program Manager Jared Parks said the land currently is listed in Easton’s greenbelt. The forest section is habitat for the Delmarva fox squirrel, which is no longer endangered but is still a species of concern, and “it’s got a lot of great farm land,” Parks said. “It is a great easement and it is in an area that we want to see preserved as greenbelt, stay active in farming and open,” Parks said. Farming can still happen on the land, but under the easement no commercial, industrial or residential development is allowed, and that provision literally lasts forever and follows the land, not the owner. “That allows them to continue to own it, farm it, do

John Hutson, a leader in Maryland’s land preservation community who assisted in the protection of more than 43,000 acres throughout the state, died of cancer on Tuesday, November 22 in Franklin, Tennessee. He began his career with the Maryland Department of Agriculture at the Charles County Soil Conservation District. In 1984 and transferred to the Maryland Environmental Trust in 1989.  Mr. Hutson was hired as an easement planner and was serving as the manager of the Easement Program manager when he retired in 2014. During that time, he worked with 265 families who voluntarily protected 43,500 acres of farms, forests and historic properties.  After retirement from the state, he worked with the Scenic Rivers Land Trust and the Land Preservation Trust assisting in the stewardship of their protected properties. Mr. Hudson loved the land and the people he worked with throughout some of the most beautiful areas of the state.  His daughter, Erin Meold said “he loved walking the properties and taking photos.  He loved talking to all the different people involved and learning the farm history.  He taught me what it meant to really enjoy what you to do make a living”. He was a friend and mentor to many entering the land preservation field, always exhibiting an exemplary spirit and dedication.  One of the many people he mentored is Jared Parks from the Eastern Shore Land Conservancy “He helped me cut my teeth in this field on some very interesting projects on the Eastern Shore.  They don’t make better people than John, or people with a bigger heart”. Rob Etgen, director of the Eastern Shore Land Conservancy: “John was ESLC's longest running easement partner from MET staff, a fast friend to all who worked with him, and a dear personal friend of mine. He was also the “Dad of the Year’ for 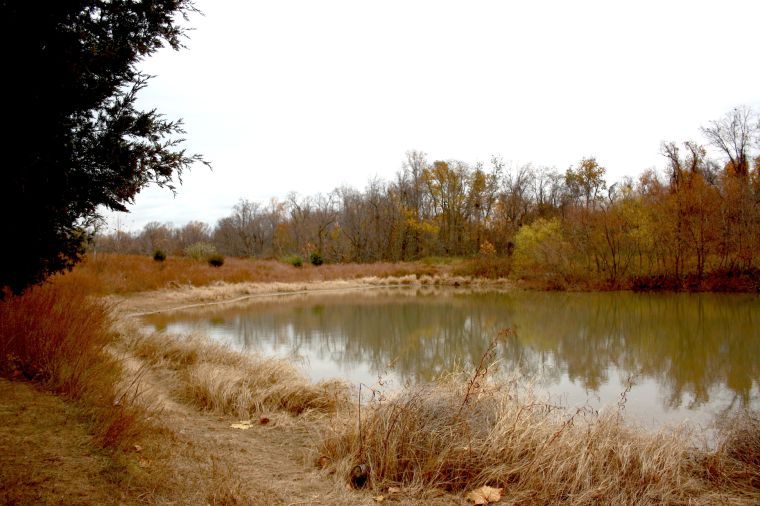 BETTERTON — Rob Leigh thinks often about his grandmother, Lillie Leigh, and the walks they took together when he was a child. They would walk from the Leigh house along the beach in one direction and return through the woods. “I think about that fairly often — the walks we used to have and the help grandparents can be to their grandchildren,” he said. Lillie Leigh would tell her grandchildren, “You’re worth a waterfront farm.” With that phrase, Rob Leigh said, Lillie Leigh put the conservation bug in the ear of her grandchildren. They put value in that property, but Rob Leigh never dreamed he would own it. Years later, his sister would introduce him to his future wife, Linda, on that beach. In the early 1970s, a developer asked Betterton to annex the farm property adjacent to the Leigh family home. Rob and Linda Leigh opposed the development, which would have included a golf course and about 200 houses. The development never came to fruition, and the farm was auctioned in 1997. Rob and Linda Leigh bought the property with the encouragement of the extended Leigh family, in the hopes of preventing another developer from building something not in line with the Leighs’ vision of Betterton. The Leighs immediately evaluated the property, which has been farmed since the 17th century, Rob Leigh said. They worked with Kent County Soil Conservation and the Department of Natural Resources. They put in five waterways to help control erosion, restored a 1-acre pond, planted about 1,800 trees to help absorb runoff, and planted some warm season grasses. In December, the Leighs placed on the property a conservation easement held by Eastern Shore Land Conservancy and Maryland Environmental Trust. “We go up there as a family, and we camp on the farm,” Rob Leigh said. “We do a lot of hiking and fishing,